My first encounter of Hood was in a fanzine article around 1997 (Easy Pieces, I think) – I remembered being astounding by the amount of material they’d released ( see both Singles Compiled and Compilations 1995-2002 ), it wasn’t until 1999 I got round to hearing them. 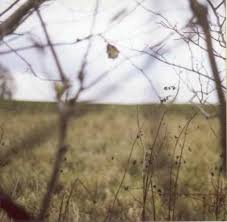 I saw the sleeve in my local record shop and immediately picked it up – there was something about the photo, something I recognised. Discovered it was Hood, remembered the article and bought it straight away. From the moment I put the record on I was I was transfixed. It’s difficult to describe the songs as they’re ‘just songs’ but sometimes they’re barely there at all. The first thing that struck me was how I could identify the sounds because they all sounded ‘real’ to me – there wasn’t coats of polish over them, they were just recorded quite starkly and laid next to one another. It wasn’t just the guitars though – there’s trails of tape delay, crinkly field recordings, muttered dictaphones, actual pianos in actual rooms. Also the quality of the voices, again, were just real. They really seemed to capture a sense of place for me and a time too.

It’s still a record I go back to time and rime again when I want to be fascinated and lost in the sound, in another world and when I want to feel inspired with what you can do with minimal equipment and an idea.