I’ve had an iphone for a couple of weeks now and have slowly been getting used to it. It’s promise of being a creative Swiss army knife was what drew me to it and whilst it’s not perfect it does open up so many possibilities of creative exploration and that is something you can’t put a price on.

I’ve been away for a few days in North Yorkshire and have had the opportunity to use the Soundcloud app and the voice memo app ‘out in the field’.

I recorded a brass band playing in the cellarium at Fountains Abbey using the Soundcloud app and I have to say how easy it all was to use. Pressed record on the screen, followed the sound, pressed stop, added a photo and uploaded it via 3G. It was so easy. The fact I could do it within minutes of it happening was so gratifying too. I tried to use the publicise feature on it but got a bit confused so left it at that.

The next day I found my self in Scarborough on the North Yorkshire coast. I’d never been to Scarborough before and it was a real discovery. I used the Voice Memo app to do these recordings as I was unable to work out how to add new recordings on the Soundcloud app without deleting the previous recording ( I have since figure this out ). I could write an awful lot about Scarborough, I found it such an amazing place. The fact that about a mile and a half away from the town itself is the incredible ruggedness and beauty of the North Yorkshire Moors just makes it al the more mind blowing for me.

Visually and aurally there was so much to take in. The gulls on the cliff face on Marine Drive were so noisy, flying out in circular arcs and then returning to the cliff. Whilst this was going on I had the sea behind me hitting the rock defences and the rumble of traffic across the large cobbled stones of the road. It was a really involving sound picture. 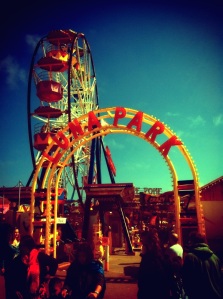 Finally, a recording of the amusement arcade opposite Luna Park on the South Shore beach. I like how all of these recordings have come out. There does sound like there is a little phasing going on – I have no idea as to the physics of this as it’s recorded in mono but there does seem to be that washyness to them? Either way I found all of the recordings captured what I was hearing adequately enough to portray them even if they weren’t as good as they would have been from a dedicated stereo recorder.

But this is from a phone. In my pocket. That took HD videos as well as 5MP photos of it all too. And that’s mad! 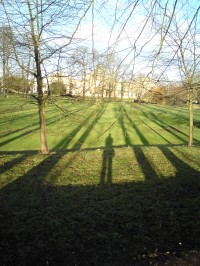